Some Medications Affect Seniors' Appetite and Nutrition
As seniors take more medications, they run an increased risk of harmful drug interactions.
COMFORT KEEPERS® RECOGNIZES TOP OFFICE OWNERS IN UNITED STATES
Exploring Sarcoidosis
There are a number of diseases and conditions that have fully made their way into our shared lexicon, from the mild to the severe.
Weight Struggles Common for Senior Adults
A variety of factors lead to obesity in older adults: side effects of medication, a loss of muscle mass, the natural slowing down of metabolism, and continuing to eat the same foods in the same amounts as one did at a younger age.
Social Wellness and Its Benefits to Seniors
There’s no question that staying fit, following a healthy diet, and keeping the brain sharp, are pivotal in shaping the way we live our lives. But what about social wellness?

A Growing Concern
Based on year-over-year trends, the American Cancer Society estimates that in 2017, there will be 161,360 new cases of prostate cancer, and approximately 26,730 deaths. One reason for its frequency in recent years is that life expectancy has increased – and paired with the fact that 80% of prostate cancer cases are found in men 65 years of age (or older), the correlation is relatively clear. While the root cause of prostate cancer may not be easily identifiable, the scientific community has come a long way in recent years in terms of understanding the role played by genetics. 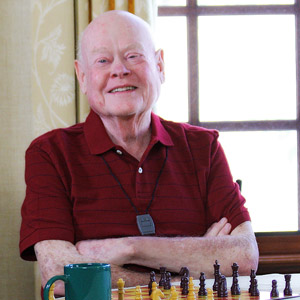 Potential Causes and Risk Factors
Researchers note that, in many instances, prostate cancer can be caused by alterations in the normal prostate cell’s DNA. Some changes are inherited genetically, passed on from one generation to the next. As with many cancers, the genetic factor is not to be underestimated. In fact, a man is twice as likely to have prostate cancer if his brother has/had it. Those that have Lynch syndrome, a hereditary disorder caused by genetic changes, also are at higher risk.

Some of these changes, known as acquired mutations, may occur during the course of one’s life. One potential source for these acquired mutations is diet, as some studies have suggested that vitamin D deficiency may be a predictor of aggressive prostate cancer. Exposure to certain chemicals may be another source of acquired mutations. A recent study found that U.S. veterans exposed to Agent Orange, a chemical defoliant used during the Vietnam War, had a significantly increased (48% higher) risk of development versus veterans who had not been exposed.

As some men may have an “out of sight, out of mind” attitude toward medical issues, it is vital that they discuss testing with a physician as close to the age of 50 as possible – especially if they’ve experienced any of the symptoms listed above. Screening is often done either by testing for prostate-specific antigen levels (PSA) levels in the blood, or by a digital rectal exam (DRE). If the results come back positive, the doctor may wish to test further.

Treatment Options
As mentioned, doctors may not have a full understanding of how threatening a man’s prostate cancer may be – which can make it difficult to recommend treatment. Often times, these treatments – done through surgery and/or radiation – can negatively affect various aspects of normal living, especially for older men. Many health communities tend to agree that screening (and potentially treatment) for older men may not be greatly beneficial since they are more likely to die from other conditions, should they exist.

That is not to say that prostate cancer does not pose a threat. While treatment may potentially be more harmful than the cancer itself, it’s not to be taken lightly. If your aging loved one is concerned about his prostate and unsure about screening, it’s important to begin the discussion with his doctor and to see what the best course of action is, given factors such as age and health. Screening/treatment should always be mutually agreed upon by both your loved one and his doctor.

Comfort Keepers® Can Help
At Comfort Keepers®, our caregivers can help provide a daily routine for your loved one that promotes good health and independent living. We can also make sure that he or she has transportation to and from any scheduled appointments. To learn more about services, call your local Comfort Keepers’ office today.

Useful information to your inbox »