Skin Cancer in Seniors: Development, Identification, and Risk Reduction
Skin cancer is consistently reported to be the most common form of cancer in the United States, affecting more than one million people every year – many of whom are 65 years of age or older.
Maintaining Healthy Lungs Late in Life
How often do you think about your lungs? Breathing is so automatic that it’s unlikely you give them much more than a passing thought.
Keeping a Balanced Diet
Everyone can benefit from eating healthy food and maintaining a well-balanced diet. For seniors, this is especially important. According to the AARP, 60% of seniors are more likely to experience depression because of food insecurity.
Seniors and Medications
Medication mismanagement can be minimal or extreme. Forgetting to take medication can cause obvious problems but may not be of great concern if it does not happen often.
COPD and the Benefits of Exercise
Physical activity strengthens the heart and lungs, making it easier to breathe, and it can reduce the symptoms of COPD.

HIV in the Senior Population

An Alarming Trend
It is not uncommon to think of HIV as something that primarily affects those that are younger – and that, consequently, it is of less concern as we age. The reality is that anyone can get HIV, regardless of age. In fact, the Centers for Disease Control and Prevention has reported that the percentage of seniors living with HIV has grown significantly in recent years and is expected only to rise. 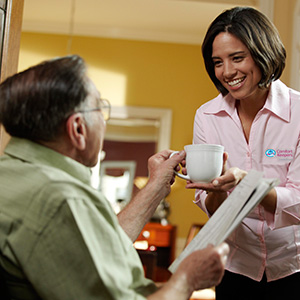 One reason for this increase is that treatment and drug therapies for HIV have improved dramatically over the last few decades, allowing those who were previously diagnosed to live longer. However, new cases also make up a large part of seniors living with HIV. Older adults are rarely educated on the risk factors of HIV and may not know what safe sex practices to follow. This is especially true of widowed or divorced seniors who have started dating and are sexually active. Partners may not bring up the subject of HIV, whether because of embarrassment, fear, or – as mentioned – general lack of knowledge.

Awareness of HIV – and recognizing that it is life-threatening – is certainly a vital first step in risk reduction for older adults, but it’s just as imperative to understand what exactly it is, how it is transmitted, and its relation to AIDS.

Understanding HIV: A Closer Look
The human immunodeficiency virus, commonly abbreviated as HIV, is a virus that essentially attacks the immune system, weakening it to such an extent that it becomes increasingly difficult to fight off diseases and other infections. The virus is found in various bodily fluids, including blood and semen – and it is through the exchange of these fluids that the virus is transmitted. One generally gets HIV from having unprotected sex with a HIV-infected partner, but it can also be transmitted through the sharing of needles or coming into contact with infected blood.

Although sometimes referenced directly alongside HIV, acquired immune deficiency syndrome – or AIDS – is not a virus but rather a set of symptoms caused by HIV. It is defined as the last stage of HIV, a point in which the infection has become deadly and the number of destroyed CD4 immune cells has become significant. For reference, an individual infected with HIV may have between 500-1,200 CD4 cells, while an AIDs-infected individual has 200 or fewer cells.

Symptoms and Testing
Within two-to-four weeks of HIV infection, many people experience flu-like symptoms, such as:

Some may not experience any symptoms at all during this period. It may take weeks, months, or even years for any symptoms to show up at all – often signifying a latent period. Within this span of time, the infection will continuously kill off CD4 cells and the immune system as a whole, increasing one’s vulnerability to other diseases.

For seniors, the symptoms associated with HIV can often be mistaken for other age-related conditions or problems. It may not occur to a medical professional to consider asking about sexual practices, which makes it all the more vital that your loved one understand the importance of testing for HIV. Blood or saliva tests can be conducted to detect antibodies, while other tests look for HIV-produced proteins.

Treatment
\nHIV treatment has evolved significantly over the last few decades and has helped countless people live longer lives. Antiretroviral therapy, commonly referred to as ART, is one of the primary methods of treating HIV, where individuals take a combination of different medications. While it does not cure HIV, ART can help control symptoms and reduce the risk of transmission.

When it comes to treating older adults, however, there are a few things to consider. For instance, some of the ART-related side effects are more likely to occur in older adults, which means that cardiovascular and metabolic health should be closely monitored. Additionally, since many older adults take multiple medications, there is a greater risk of adverse drug-drug interactions and potentially life-threatening complications. Thus, it is vital that your aging loved one discuss treatment options thoroughly not only with a primary physician, but also with other medical professionals, such as geriatricians and HIV experts.

Comfort Keepers® Can Help
As part of our range of in-home care services, our caregivers can provide monitoring of medications to help keep your aging loved one healthy and safe. We can also take him or her to any scheduled medical appointments. Call your local Comfort Keepers® office to learn more about our services.