Akron, Ohio
12 East Exchange St, Akron, OH 44308
(330) 922-4721
About Us Care Services Resources Areas Served Careers Contact Us Search
Would you like to save Akron, Ohio as your Comfort Keepers location?
Yes! Save Location
Find a Location 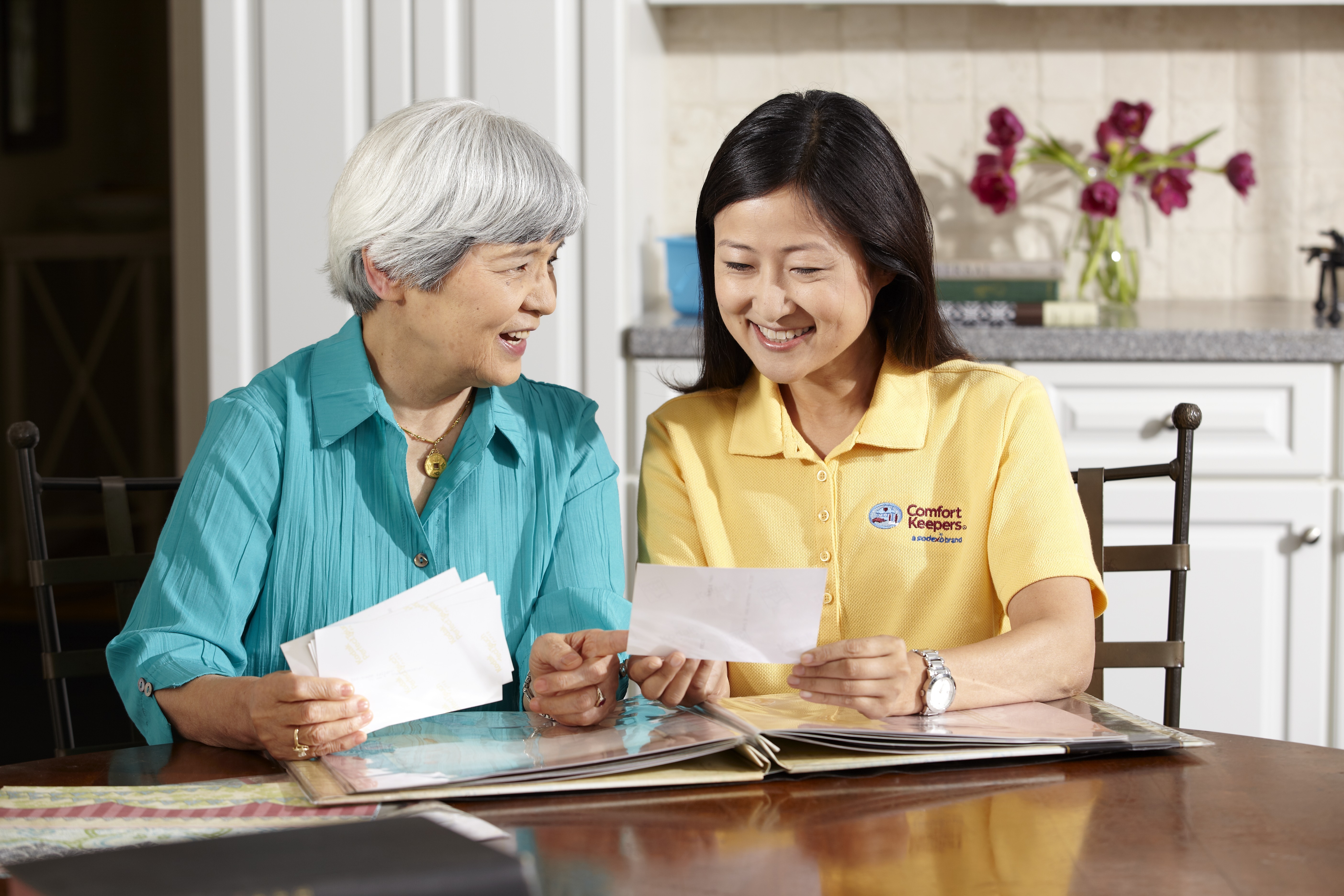 When you think of someone with Alzheimer’s disease, you most likely picture someone who, in the midst of a conversation, forgets their train of thought, or has trouble remembering a recent event. And, while this scenario is certainly indicative of its earlier stages, Alzheimer’s is a progressive disease that leads to cognitive decline and has a much more profound effect on the mind over time – to the point where afflicted individuals cannot perform even the most simple tasks due to memory loss. Alzheimer’s is truly a degenerative brain disease and affects millions of individuals across the globe. In fact, it’s estimated that someone develops Alzheimer’s every 66 seconds, and it is continually noted as the sixth leading cause of death in the United States.

Many older adults believe that Alzheimer’s is simply a normal part of aging, which is inaccurate. As we grow older, our brains also age, and there is a degree of normal forgetfulness that comes along with it, but Alzheimer’s is in a whole different playing field. Additionally, there is another similar problem called mild cognitive impairment (MCI), which causes more memory problems than normal for people of the same age. Many, however, not all, with MCI will develop Alzheimer's disease. Risk factors for Alzheimer's disease include aging, family history of Alzheimer's, and carrying certain genes.

Alzheimer’s disease is considered a form of dementia, which is defined as a group of symptoms associated with the loss of cognitive function and behavioral function, which ultimately interfere with daily life. There are several forms of dementia, including vascular dementia, frontotemporal disorder, and Lewy body, but Alzheimer’s is by far the most common form – accounting for nearly 80% of dementia cases. Research has found that Alzheimer’s tends to start ten years before the onset of memory loss issues or other cognitive problems. However, within that decade, many changes take place.

The belief behind the disease is that Alzheimer’s occurs when brain cells become damaged and, eventually, die off, which causes changes that are wholly irreversible. There are two primary culprits for this damage in the brain cells: plaques and tangles. Plaques are clusters of protein fragments that cluster together and build up between nerve cells, while tangles represent twisted strands of the tau protein that build up inside of the cells. Unfortunately, scientists cannot say definitively the role that plaques and tangles play when it comes to Alzheimer’s, but it’s thought that they are responsible for prohibiting communication between nerve cells and sabotaging normal processes within the cells, respectively.

In the beginning stages of the development of Alzheimer's disease, these plaques and tangles form within the areas of the brain that facilitate learning/memory and thinking/planning. As the disease progresses, these areas develop more plaques and tangles, but more of each also spread to areas of the brain that conduct speech and awareness. It’s at this stage that people begin to go through severe changes in personality and behavior. And in the final stages of Alzheimer's, with the brain’s cortex significantly damaged, the ability to communicate and recognize loved ones is tragically lost.

Presently, there isn't a known cure for Alzheimer’s disease, although there are ongoing clinical trials to help with research. But, some medications can help slow the progression and help manage the symptoms of Alzheimer's. The medications approved by the Food and Drug Administration (FDA) include Donepezil, Galantamine (Razadyne), Rivastigmine (Exelon) - these three are called cholinesterase inhibitors. Then there is Memantine (Namenda), and Donepezil (Aricept) & Memantine. Most of these drugs work by regulating neurotransmitters, chemicals within the brain that help facilitate the movement of information between neurons.

Depending on the level of behavior problems, it's not uncommon for doctors to suggest that Alzheimer’s patients take antidepressants to help control symptoms. Of course, these prescriptions should be taken under close supervision of a doctor, as these medications (as well as anti-anxiety or sleep medications) can be detrimental to one’s health and lead to a variety of side effects such as loss of appetite, diarrhea, nausea, and vomiting. There may also be a desire to seek “alternative” treatment of Alzheimer's disease, in the form of foods or natural supplements. Unlike the medications described above, which go through rigorous scientific evaluation and validation by the U.S. Food and Drug Administration (FDA), these alternative forms of new treatment or symptom control are largely unregulated – and the contents within them can be harmful to an individual's health.

Yes, medication can help ease the biological aspects of Alzheimer’s, but there are also steps that you or a family caregiver can take to make life more comfortable for older adults living with the disease. One of the most beneficial ways to help is to control their environment in a way that supports their well-being and reduces or eliminates confusion as much as possible. For example, all valuable objects (wallet, cell phone, car keys, etc.) should be consistently placed in one unified location in the house. Any organization tools (schedulers, calendars, whiteboards, etc.) that allow your family member to comfortably keep track of appointments can be extraordinarily helpful as well. Additionally, it's also recommended that you reduce the number of mirrors in the house as reflected images can cause confusion. Contrarily, the senior's house should be full of meaningful photographs or objects to help ground them.

Consistency with lifestyle choices is also important for individuals living with Alzheimer’s, as it is conducive to maintaining physical and mental well-being. A good way to start is to ensure that your loved one is abiding by a regular exercise routine (at least 30 minutes of moderate physical activity with physician approval.) Regular activity not only keeps the body healthy, but it can also improve one’s mood. Nutrition is important for essentially the same reasons, but maintaining consistency is even more crucial here. In the later stages of Alzheimer’s, individuals often forget about getting proper nutrition or drinking enough water. All meals for those with severe Alzheimer's disease should be served at the same time each day, with as little variance as possible.

If you have a loved one who has recently been diagnosed with early stages of Alzheimer’s or even late-stage Alzheimer's, Comfort Keepers® Akron can provide the support he or she needs. Our specially trained in-home caregivers understand what it takes to preserve the happiness, health, and independence of older adults living with Alzheimer's. Our home care team is familiar with the behavioral symptoms of Alzheimer's and knows how to identify the side effects of medication. Contact us today at (330) 922-4721 to learn about our Alzheimer’s & Dementia Care and other services.