Las Vegas, Nevada
2810 W Charleston Blvd #63, Las Vegas, NV 89102
(702) 425-6932
About Us Care Services Resources Areas Served Careers Contact Us Search
Would you like to save Las Vegas, Nevada as your Comfort Keepers location?
Yes! Save Location
Find a Location

About Us Our Care Team Testimonials Our Locations

Meet Our Caregivers in Las Vegas and the Surrounding Areas

Comfort Keepers takes great pride in hiring expert caregivers who are compassionate, caring and professional. Every member of our home care team is professional and well trained to provide our exceptional services. In order to provide our clients with the best care possible, we conduct a thorough screening and interviewing process to identify the best caregivers. Only those who pass this process go on to complete training to deliver our special brand of in home care and become Comfort Keepers®.

What truly sets our team apart, though, is their natural gift for caring for others. Those who work for our caring agency understand that their contributions to our clients’ care is invaluable and sometimes even lifesaving. Our senior care providers believe that their job helping others is more than just a job – it’s a true calling. Many of our clients come to rely on those who provide care so much that they become more like friends or even family members than hired help.

All Comfort Keepers caregivers pass extensive background checks and complete continuing education. Each of our caregivers is bonded, insured and covered by workers' compensation insurance to protect our clients and their families.

Learn more about the care providers we have hired below. For more information about becoming a care aide yourself, please visit our Careers page. For detailed information about the services we provide in Las Vegas and surrounding areas, please give us a call now at (702) 425-6932 or fill out our online Contact form to have a representative get in touch with you directly. 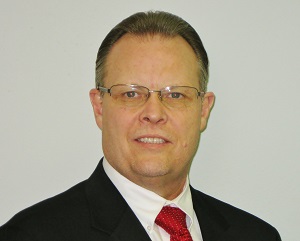 Lonnie moved to Las Vegas from California in 1980. He was a farm boy in Porterville, CA for the majority of his childhood. Lonnie’s childhood dream was always to become a police officer. After graduating high school Lonnie pursued a criminal justice degree. In 1980 Lonnie moved to Las Vegas and in 1981 began his law enforcement career by helping to open the Indian Springs Prison for the Nevada Department of Corrections. In 1982 Lonnie was given the opportunity to work in Security and Corporate Investigations for the casino industry. This was a true blessing because this is where Lonnie met his wife Gina. They were married in 1985. Lonnie and Gina have two daughters, Amanda and Melinda. In 1992 Lonnie joined the Las Vegas Metropolitan Police Department. Lonnie patrolled the streets of Las Vegas for 17 years, 7 of those years as a Field Training Officer, responsible for one-on-one training of new graduates of the police academy. After Lonnie’s time on the streets, he transferred to the detective bureau. Lonnie first investigated domestic violence cases and was nationally certified to train investigators in the area of domestic violence investigations. Lonnie then transferred to the Missing Persons Detail. This is where Lonnie’s passion for seniors grew even deeper as he investigated missing seniors with Alzheimer’s/Dementia.  Lonnie retired from the police department in 2009 and now spends his days full-time in the Comfort Keepers business he and his wife started in 2004.

Gina was born and raised in St. Louis, MO and moved to Nevada in 1984 to pursue a career in the hotel industry.  After meeting Lonnie, while working in the casino where they met, her plans changed.  With a degree in business, she spent 17 years working as an executive in retail before following her heart into the senior community.  As the youngest in her family, Gina grew up in an adult world and has always had a kinship with older people.  For that reason, her transition into the senior market was seamless and she now feels as if she is where she was always supposed to be.  Her entry into the senior community only ignited her passion to become an advocate for this cohort.  Gina became a Certified Senior Advisor in 2004 and completed the Senior Leadership Institute in 2005.  She has a special passion for those families struggling with Alzheimer’s and dementia and has been a member of the Regional Leadership Council of our local Alzheimer’s Association since its’ inception in 2006.  In July of 2008, she was appointed to the Senior Citizens’ Advisory Commission for the city of Henderson.  Seeking to gain more medical knowledge Gina went back to school and in 2009 became a Certified Nursing Assistant.  Most recently, in 2010 she became certified as a Geriatric Care Manager and is now pursuing a Master’s degree in Gerontology.  It is in this role she feels she can make the most difference by advocating for the senior community.