Flu Prevention for Seniors
More than 60 percent of seasonal flu-related hospitalizations occur in people 65 years and older, the CDC reports on www.cdc.gov. About 90 percent of deaths that occur from influenza
Post Hospital Care After Pneumonia
It may take a while for the senior to regain strength and feel good again after pneumonia. This home recovery period can be crucial for pneumonia patients.
Dietary Changes in Seniors: A Colorful Plate is Key
Eating well and understanding nutrition is important at any age. As we grow older, our physical health and outlook on life can be affected by what we eat.
Loss of Appetite in Seniors
It’s common to begin losing our appetite as we age, but it’s important to understand why this happens and what you can do to ensure that your aging love one is still receiving all the proper nutrients required to stay healthy.
Seniors and Sleep: How much do they need?
How much sleep do seniors need? What can they do to make getting and staying asleep easier? This article explores these and other questions and offers medical information about seniors and sleep.

Cervical Cancer:
What Every Senior Woman Should Consider

Cervical cancer was once the leading cause of cancer-related death for American women – but not anymore. Pap smears have become a part of regular checkups or gynecological exams, making it possible to catch the disease early on, thereby preventing it from becoming fatal. 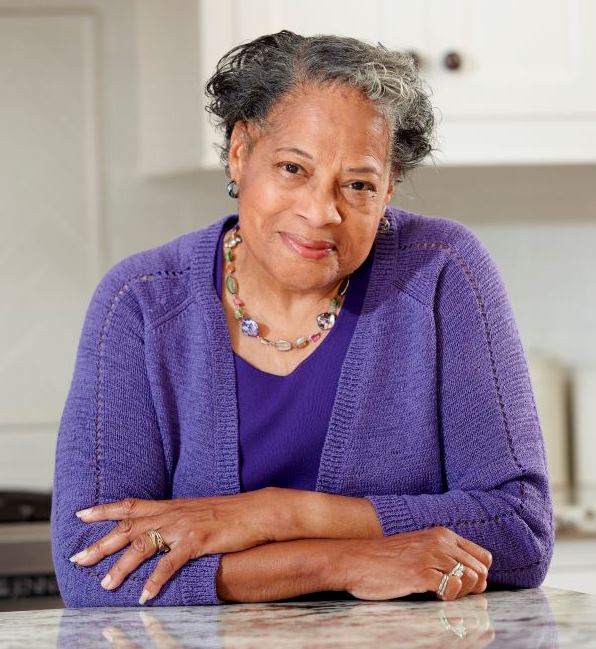 Seniors and Cervical Cancer
As women age, they may feel that they are no longer at risk for certain physical disorders. Often, this is the case with cervical cancer.

According to research conducted by scientists at the Washington University School of Medicine in St. Louis, MO., the rate of death for women over the age of 65 from cervical cancer is actually higher than that of women below that age, and 25 percent of new cases occur among seniors. In fact, of that group of older women, approximately 7.6 per 100,000 die from cervical cancer, as compared to only 2.1 for younger women.

It is believed that so many more senior women die, simply due to the fact that they choose to not have pap smears, putting them in jeopardy – and if they already have cervical cancer, many decline treatment.

Doctors also have a tendency to limit aggressive treatment in older patients, which is not always necessary, and more aggressive treatments could improve outcomes. Some studies have shown that many older patients actually tolerate radiation therapy and aggressive surgical therapy well, thus increasing their chances for survival. Of course, the overall health of the senior should be taken into consideration by the doctor.

The Possibility of Faulty Data
Women are often told they don't have to get a Pap test for cervical cancer if they're over 65, but the data behind that recommendation might underestimate their cancer risk, researchers say.

That's because many studies don't take into account that many women have had hysterectomies. The surgery removes a woman's risk of cervical cancer, since there is no cervix present—and 20 percent of the women over age 20 in this study said they had had that surgery.

When they looked at cancer rates only in women who hadn't had a hysterectomy, the researchers found that the odds of having cervical cancer were higher; 18.6 per 100,000 women, compared to 11.7 cases without that adjustment.

A Bit of Healthy Advice
According to the National Institutes of Health, just over half of women who are 65 or older have undergone a pap smear in the past three years, and 25 percent of older women have never been tested. Sometimes, this is because there is a lack of insurance or information, but many simply neglect doing so, thinking that it is no longer necessary.

Senior women should take the opportunity to speak with a health care provider if they have not recently been tested for the disease.

Signs to Look For
According to the CDC, the primary indicator of cervical cancer is abnormal bleeding or vaginal discharge, which can also indicate cancers of the ovaries or uterus. If a woman experiences this symptom, it's important to seek medical attention as soon as possible and not wait until an annual exam. Other symptoms can include fatigue, nausea, or weight loss.

Comfort Keepers® can help. Our caregivers, or Comfort Keepers®, can help establish a daily routine with your loved one that promotes good health and independent living. We can also make sure that your loved one has transportation to and from medical appointments. Call your local office today to find out about all of the services that we can provide.