Preventative Care: A Five-Step Guide for Seniors and Family Caregivers
While factors such as age, gender, and family history are beyond seniors’ control, preventative care can reduce the frequency and severity of conditions that develop. Here are five ways to practice good preventative care.
5 Tips for Living Well with Type 2 Diabetes
We've gathered some tips and resources for aging individuals living with type 2 diabetes to help them maintain physical and mental well-being.
The Respiratory System: Age-Related Changes & COPD
The respiratory system, like many of the other human systems (e.g., cardiovascular, digestive), is a wondrously complex and sophisticated arrangement of organs working together to maintain homeostasis.
Elderly Home Care and Depression
It is important to recognize depression symptoms when caring for an elderly loved one. While seniors aging in their own home can help them maintain their independence, it can also be isolating.
Diabetes Prevention and Care
Half of all Americans age 65 or older have pre-diabetes and are at risk for developing type 2 diabetes.
Pneumonia in Seniors: Prevention and Treatments
Pneumonia is an infection that affects one or both lungs. The disease can range from mild to severe, and can be fatal.
Living with Arthritis
One in five adults suffer from arthritis, and the majority of these are seniors. For older adults to understand the stages of living with arthritis, it’s helpful to talk about how the disease is identified, diagnosed and managed.
What Does a Heart Attack Look Like?
Most of us have a specific idea of what a heart attack looks like: someone feels an abrupt, strong pain that causes them to stop in their tracks and clutch their chest.
Thyroid Disease and Seniors
As seniors embrace the golden years, they have many things to look forward to retirement, watching their children begin families of their own, playing with grandchildren, and hopefully enjoying a full life with the wisdom of age on their side.
Dealing with a Cancer Diagnosis Later in Life
Being diagnosed with cancer later in life can be scary and overwhelming. A cancer diagnosis can make a person feel like their world is out of control.
Thursday, April 13, 2017

On the Surface and On the Rise

Development and Types of Skin cancer

The outer-most layer of our skin, known as the epidermis, is composed of three cells: squamous, basal, and melanocytes. Over time, as ultraviolet rays (from the sun or artificial sources like tanning beds) come into contact with the skin, DNA within the skin cells can become damaged, resulting in mutations. These mutations can then cause skin cells to multiply in quick succession, eventually invading the dermis layer of the skin. The classification of skin cancer depends solely on the epidermal skin cell from which it originated. 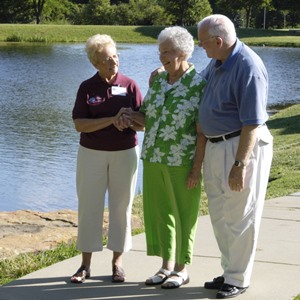 Basal cell and squamous cell carcinoma, two very common types of skin cancer, are considered highly curable and have been linked to those who spend a considerable amount of time outside and thus are frequently exposed to the sun. Melanoma, though less common, is recognized as more serious and potentially life-threatening. Resulting from the rapid growth of the aforementioned melanocyte cells, melanomas tend to manifest as red, brown, or pink mole-like formations or even form moles themselves.

For men, melanoma generally develops on the head or neck, and for women, it is often found on the legs, arms, or other extremities. That being said, melanoma can certainly develop in other areas of the body (wherever melanocytes are found), including the mouth, eyes, and even the gastrointestinal tract. Unlike squamous and basal carcinoma, melanoma is seen largely in those who have experienced sunburns from excessive exposure to the sun’s UV rays.

Although the three types of skin cancer are generally considered curable if detected early enough, the possibility of early detection is largely contingent upon one’s own self-examination. To help with identification of melanoma-related areas, the American Academy of Dermatology has created an easy and helpful system. If your aging loved one is concerned about a particular mole or series of moles, help him or her follow the ABCDE’s of melanoma.

As mentioned previously, older adults – those 65 years of age or older – are more likely to develop skin cancer than any other age group. The correlation behind this is not complex; seniors have lived longer than others and have had greater exposure to the sun’s UV rays. However, with some extra precaution, seniors can reduce their overall risk of skin cancer. Below are a few helpful tips.

Our caregivers can establish a daily routine for your aging loved ones, to ensure that they are following the risk reduction tips above and keeping their skin protected from the sun’s UV rays. We can also help them get to any scheduled medical appointments, safely and on time. Call your local Comfort Keepers® office to learn more about our unique style of in-home care.