Peoria, Illinois
7620 N. University St., Suite 103, Peoria, IL 61614
(309) 685-7777
About Us Care Services Resources Areas Served Careers Contact Us Search
Would you like to save Peoria, Illinois as your Comfort Keepers location?
Yes! Save Location
Find a Location

About Us Our Story Our Care Team Testimonials Our Locations

Learn more about our team of professional home care providers in Peoria, IL

Our family-owned home care agency came into being because we are a Peoria family with a real heart for service. We opened because each of us has walked the same path you are walking now. Know that we are not strangers to what you are going through. We too have watched a loved one struggle with the challenges of aging.

We know and understand the hardships you’re facing, which helps us to provide better care. Because of our experiences, we know what makes a meaningful difference in your family’s journey: the home care providers. Comfort Keepers of Peoria, IL will allow you to cherish the intimate moments you have with the people you care about most. We’re ready to help.

Each one of our home care providers has been trained on how best to care for your aging family members. Because of this, we know how important it is to put an emphasis on human connections. We want to help make positive memories and meaningful moments for you and your loved ones. We help each of the people we care for in many ways so that they feel engaged, independent, and purposeful.

Growing up, you always had someone that loved you taking care of you, but now it may be the time when that same loved one is the one needing care. We understand.

We are passionate about care. 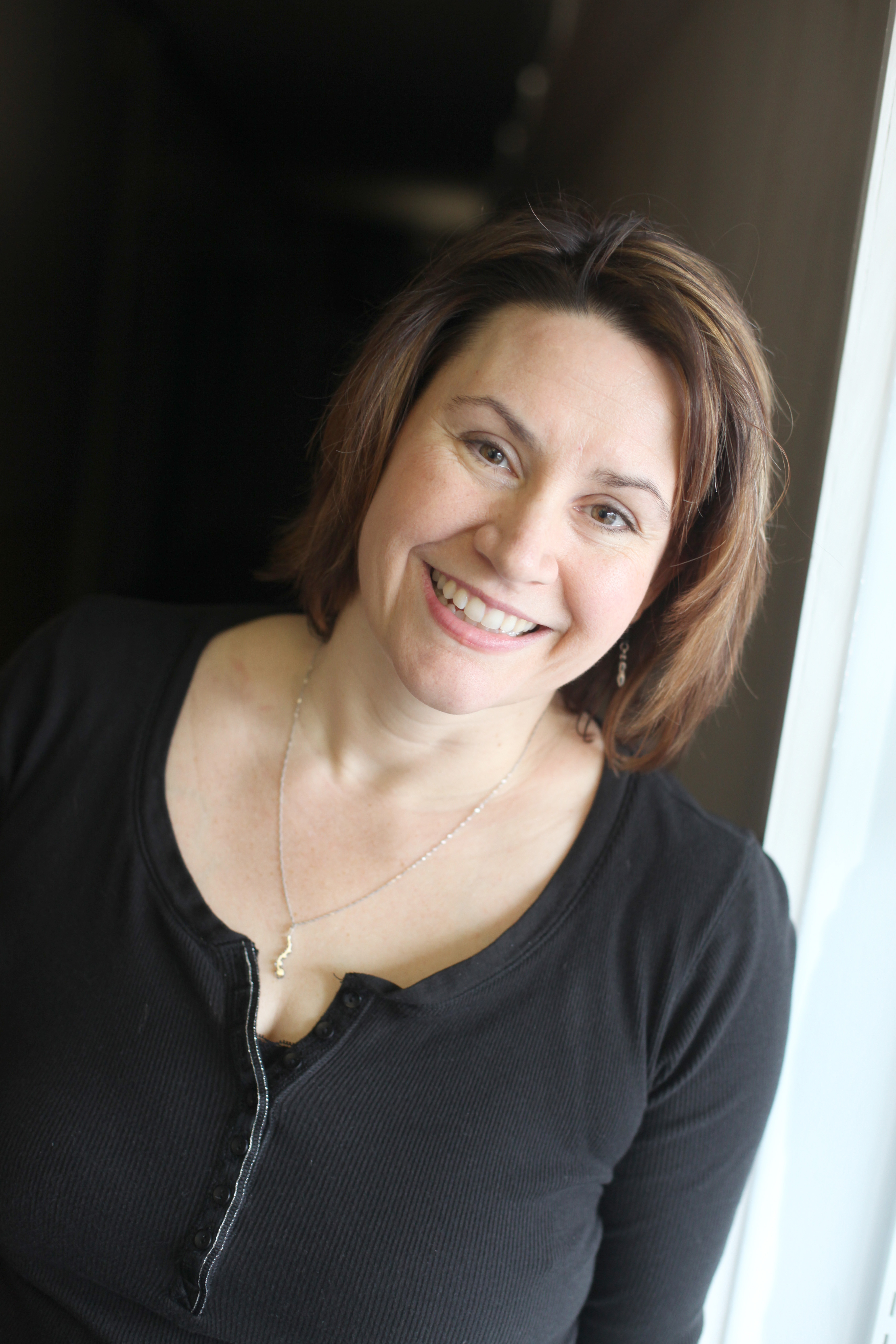 Julie is the general manager and co-owner of Comfort Keepers of Peoria, IL. In this role, Julie leads the support team by providing vision, training, developing and coordinating systems and processes.

Julie’s passion for seniors, creating processes, her natural affinity for connecting with people and her strong problem solving skills provide the framework for Comfort Keepers of Peoria, IL. She yearns to offer every client and their families top-rated in home care that allows seniors to age safely and comfortably in their homes. 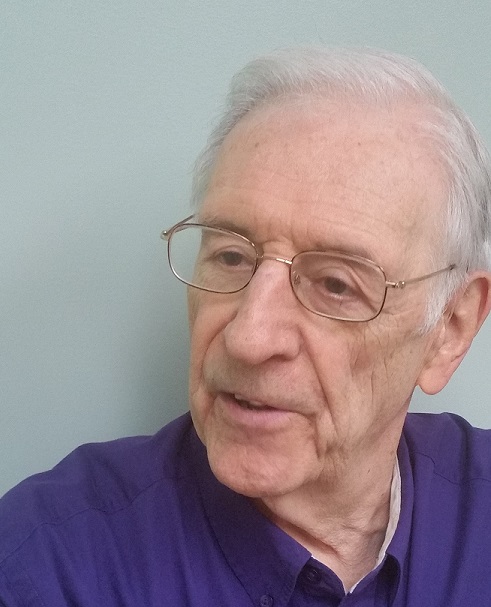 Paul Carnegie likes to joke that he’s ending his career the way he started it, as an office boy. At Comfort Keepers of Central Illinois, he’s so much more than an office boy and we appreciate everything he does for us now and everything he’s done in his long and fascinating career.

As a young boy growing up in Detroit, Michigan Paul was fascinated with radio and set his sights on a career as an on-air personality. Paul was gifted with a perfect voice for radio and was working in radio immediately after finishing high school but his career became particularly interesting at his second radio station, WXYZ where he began as an office messenger and soon found himself working on sound effects and as a voice actor on The Lone Ranger, The Green Hornet, and Sargent Preston of the Yukon during the Golden Age of Radio.

By 1959, Paul was back on the air working at a variety of radio stations in the Detroit area. By 1963 Paul was promoted to program director at WERB and was part of the meteoric rise in popularity of the legendary Detroit radio station, WKNR, affectionally referred to by fans as Keener 13.  After six successful years at WKNR the next step in the evolution of his career was station ownership which brought Paul and his family to Peoria, Illinois where he was the operating partner of the newly founded WWTO 106FM (now known as WIXO 105.7).

Ever the entrepreneur Paul stepped away from radio as a full-time pursuit and opened Maaco Paint and Autobody in Peoria in 1975 which he owned and operated for thirty-seven years.  At the ripe, young age of 69 years old, while researching online Paul found Comfort Keepers in 2001 and partnering with his youngest daughter Julie, Paul has been manning the helm of Comfort Keepers in Peoria.  Having earned the opportunity to work when he wants Paul is currently in the office two days a week doing the important work of ordering supplies, managing the finances, researching opportunities,  offering sage advice to the Comfort Keepers team, telling great jokes,  and always sharing fascinating stories from his well lived life! 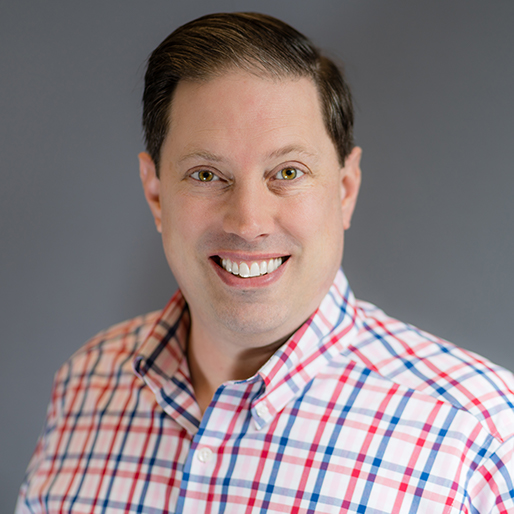 Being Julie’s husband wasn’t the only qualification Dave brought to the table when Comfort Keepers decided to add a full-time marketer to the staff in 2004. Dave’s warm personality and 15 years of experience in sales and customer service and have made him a welcome face throughout Central Illinois. 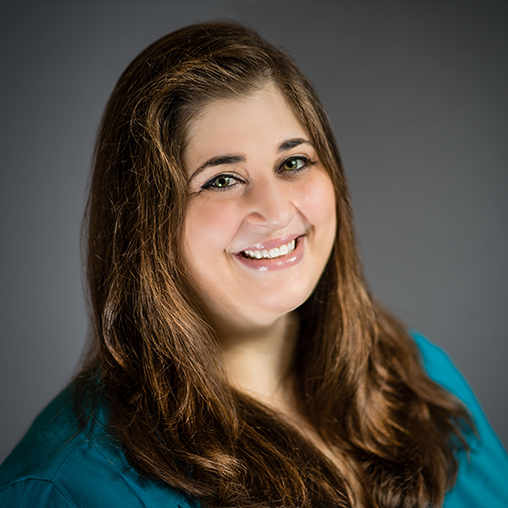 Michaline Ice joined the Comfort Keepers administrative team in June 2015. As the Director of Operations, Michaline provides billing support and guidance to clients, manages payroll and office needs, while leading the administrative staff in day to day activity.  Michaline holds the Associates degree in Arts and Science from Illinois Central College, with a strong focus on Psychology.

Michaline is no stranger to the healthcare industry, having spent 4 years as a Client Service Coordinator and Human Resource Generalist, where she worked with pediatric nursing clients and caregivers. She was responsible for working with clients on their billing and with caregivers on any Human Resource needs, scheduling, and managing and growing the Senior Bridge Program in the Peoria area.

Michaline’s combined background in client care and customer service drive her efficient and joyful management style and make her the perfect fit for the Director of Operations role with Comfort Keepers.  She is passionate about care for the elderly and feels that being in their home can help them live a fuller life. 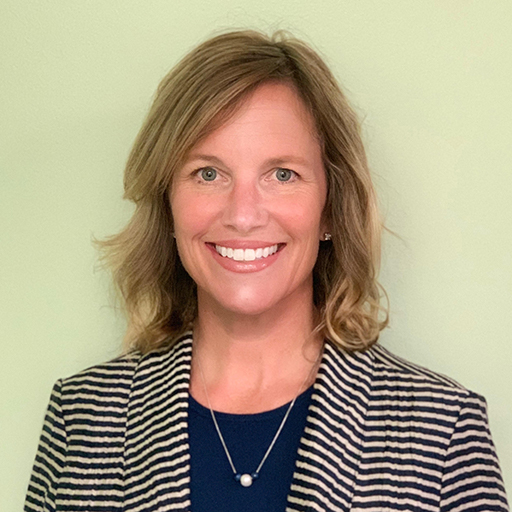 A Peoria native, Molly graduated from the University of Illinois as a Speech Communications major. She then spent 17 years in development in the non-profit sector while living and working in Fargo, Minneapolis, and Chicago. Upon returning to Peoria in 2005, Molly put her passion for wellness and value of community into action when she opened a yoga studio in Junction City and remained active working with local non-profits.

Inspired by her own needs as a working mother, Molly also crafted a personal concierge business where she created customized solutions for clients in their homes as well as assisting local businesses with marketing and event planning. She is now engaged in sharing the mission of Comfort Keepers with the community demonstrating how in-home care builds joy into the everyday for our Seniors and keeps them safe.

Outside of work, Molly’s boys keep her busy, and they can be found at baseball diamonds almost daily! Molly enjoys an active lifestyle, yoga, reading, and music. 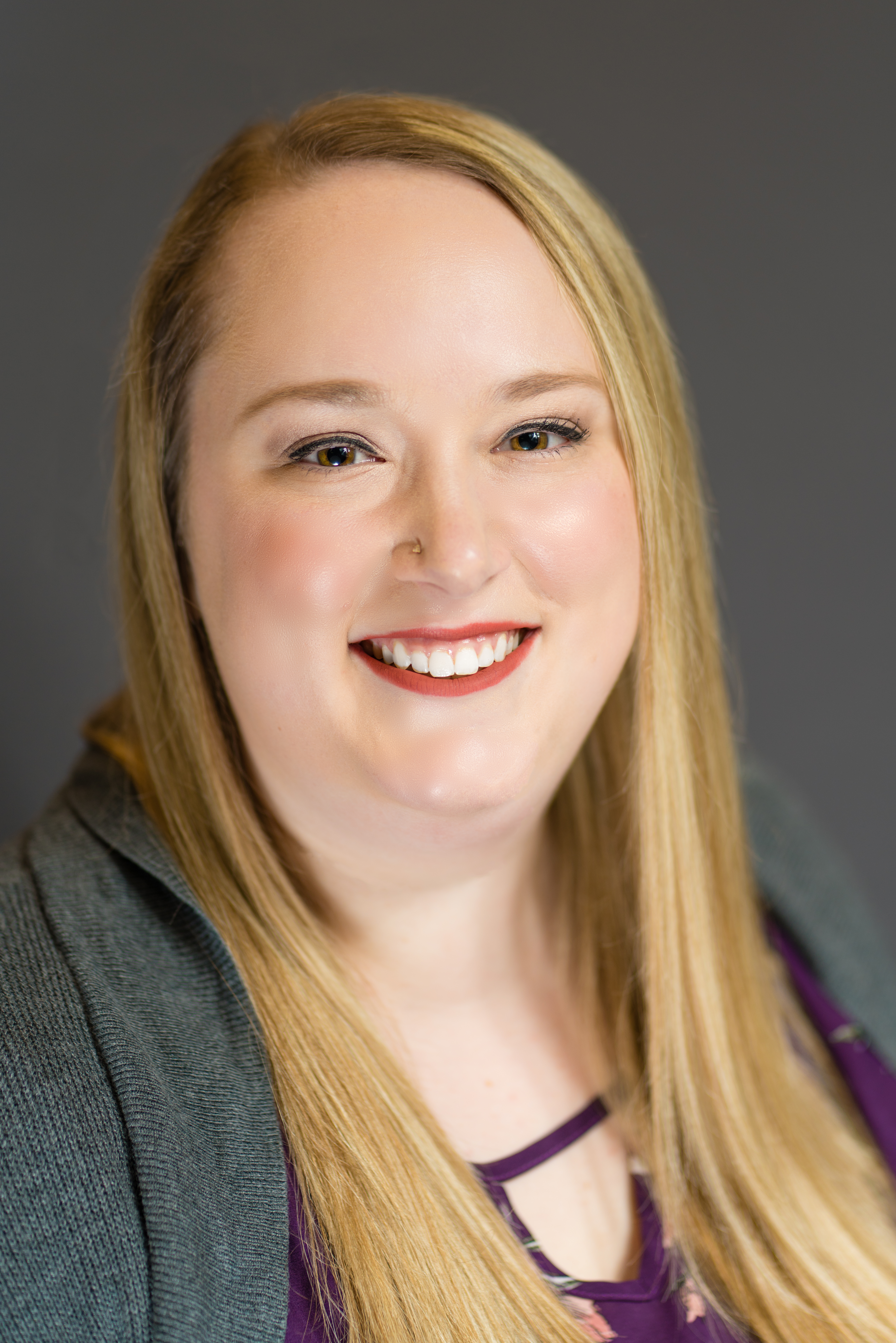 Beth White joined Comfort Keepers in August of 2016.   Beth always had a passion for helping people but realized during her undergraduate studies that she had a passion for seniors. After graduating from Western Illinois University with her degree in Psychology, she became familiar with Senior Home Care and eventually maneuvered her way to the Peoria area.

Beth started out with Comfort Keepers as a Scheduling Coordinator and is now part of our Client Care team as a Client Care Manager.  Outside of work, Beth relieves any stress with the company of her two dogs, Penelope and Lexi. It is not unusual for her to bring along her furry friends to the office to brighten our day. 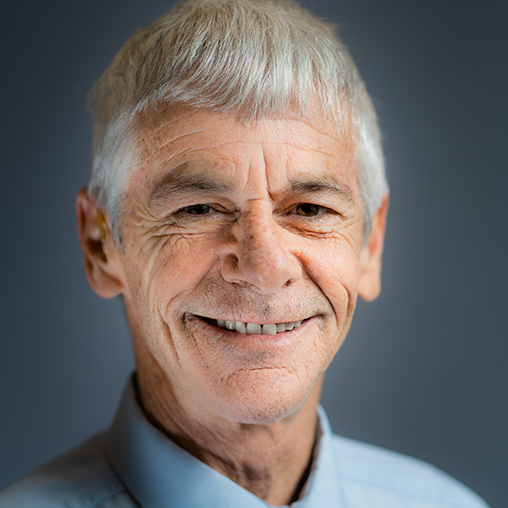 Mike was born in Michigan, where he spent the first 13 years of his life before becoming a resident of Pekin, IL. He attended Illinois State University and studied psychology and mass communications which has helped guide his career in his family businesses. He now manages Human Resources for Comfort Keepers since 2018 and enjoys the team and the getting to know the clients we serve.

In his free time, Mike loves to golf and spend time with his 2 children and 3 grandchildren. He also loves music, specifically the Beatles and playing his guitar. 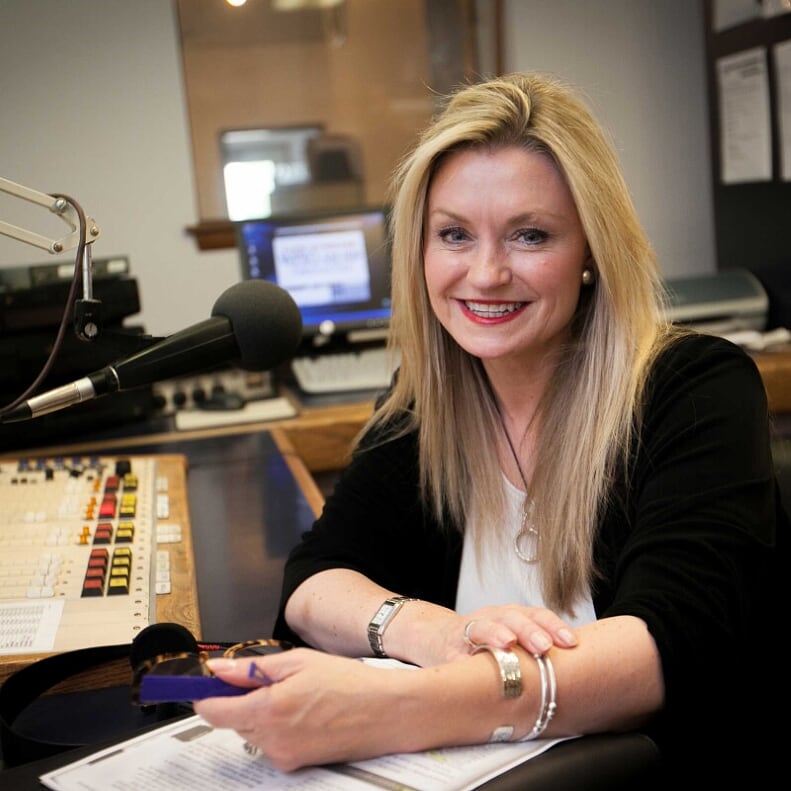 Community involvement and volunteering is important to her. She has devoted her time and talent as an officer to following organizations including the Junior League of Peoria, Peoria Art Guild, OSF Women’s Advisory Board, and the Crittenton Centers Board of Directors.

Kim currently serves on the board of the Peoria Symphony Orchestra. She has been a recipient of the following awards: “40 Under 40” young leaders, the “25 Women of Leadership,” and the 2014 SCN Volunteer of the Year. Kim has been married to Steve Sink for over 20 years and they reside in Peoria. She enjoys her pets and her active faith walk. Kim is looking forward to engaging with our community of Comfort Keepers who care for our local Seniors. 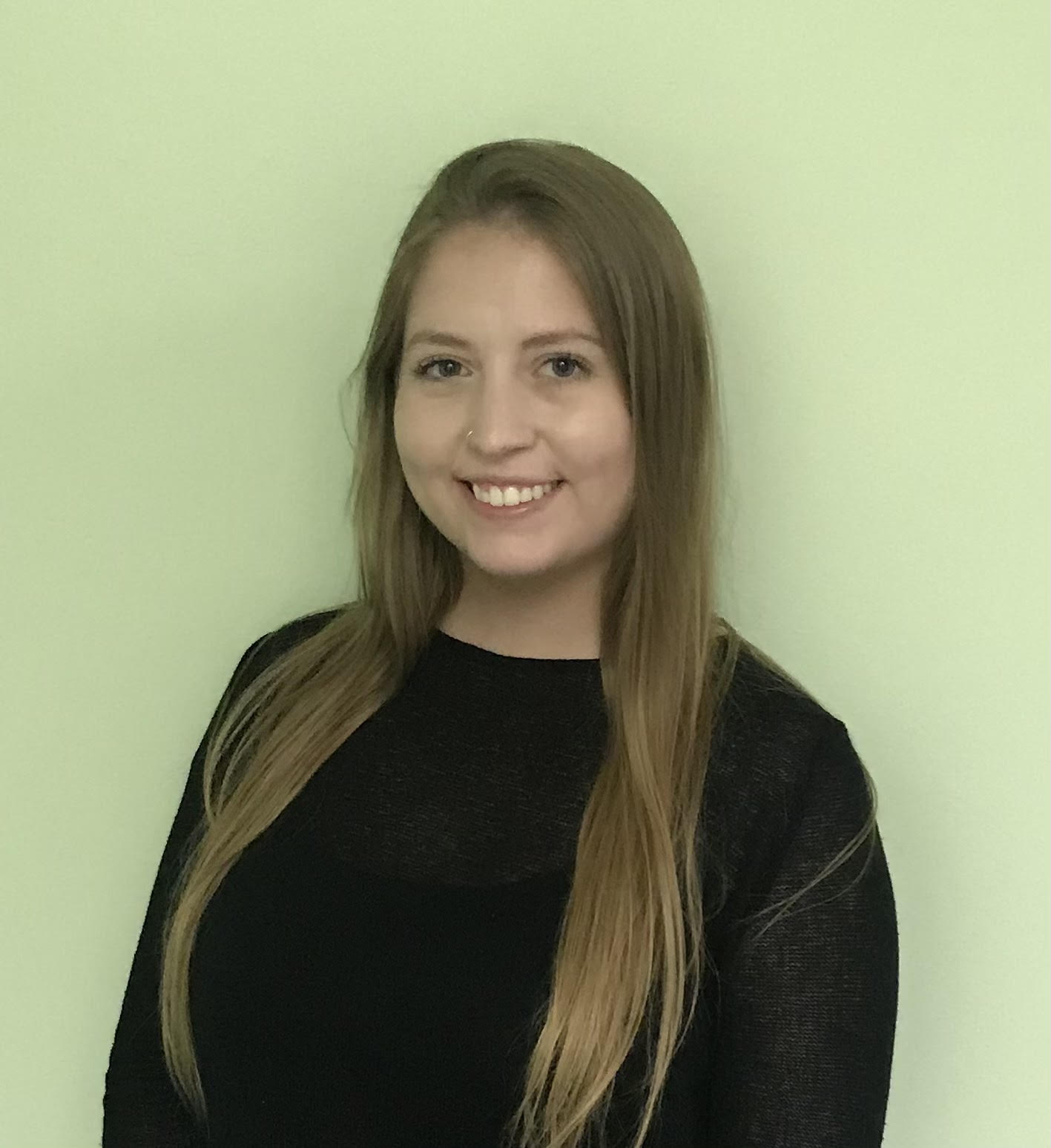