Alcohol Consumption in Seniors: A Delicate Balance
Numerous studies on the effects of alcohol consumption in seniors indicate that moderate drinking by seniors can have a positive impact on general health. However, there is also a concern that heavy drinking can have adverse effects, and that alcohol abuse is often missed in the senior population.
Helping Seniors Cope with the Loss of a Spouse
Bereavement can have a devastating impact on the immune systems of seniors, and may explain why many older spouses soon die after the loss of their loved ones.
Thyroid Disease and Seniors
As seniors embrace the golden years, they have many things to look forward to retirement, watching their children begin families of their own, playing with grandchildren, and hopefully enjoying a full life with the wisdom of age on their side.
Ways That Friendship Helps Our Brains | Comfort Keepers®
Comfort Keepers is dedicated to the physical and mental health of our clients. Having a Comfort Keeper® creates an opportunity for your loved one to form a new relationship.
Looking Forward to Fall and Winter - Activities for the Colder Months
As we enter the fall and winter season this year, things look a little different. It’s important for seniors to work with their families, caregivers and health professionals to develop a plan that allows them to safely take part in activities they love and maintain positive mental health through activity and connection.

Speaking in Tongues: Facts about Aphasias

Aphasia is probably not a term most people outside of the medical and research community have heard of, but this disorder affects more than one million people of all ages in the United States. Aphasia is a communication disorder that occurs when the language centers of the brain sustain damage from illness, dementia, or injury. In seniors, the most common cause of aphasia is stroke. Victims of aphasia have difficulty communicating with others and may also have difficulty comprehending what others are saying, and this difficulty can be quite severe or very mild, almost unnoticeable. 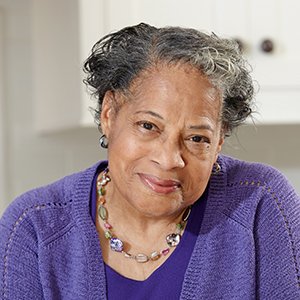 Aphasia can be very stressful for seniors affected by the disorder and for those who are trying to communicate with them. Seniors with aphasias may not have lost other cognitive functions and so may become frustrated and angry at their inability to communicate. They know what they would like to say, but they are unable to say it. This frustration may lead to depression and isolation, and as the senior isolates, the language centers of the brain are used less often, slowing recovery from the aphasia.

Having someone in the home interacting with the senior with aphasia can aid recovery. In-home caregivers can playing word- and picture-based games, such as Scrabble® or Pictionary®, as well as engage in other therapeutic activities to help the person work the language centers of the brain. Caregivers can also provide the emotional and social support seniors with aphasias need, alleviating feelings of depression and isolation.

Family members may also feel helpless and cut off from the senior. They may not fully understand what is happening, so it is essential that they have as much information as possible. Some basic information includes the following:

Changing communication styles can help the senior and the family communicate thereby reducing frustration, and anger. Below are a number of communication strategies to help families of seniors with aphasia:

Family members should also be careful that they take care of themselves during the recovery process. Having a professional caregiver come into the home can offer a reprieve for the family caregivers to maintain their own social and personal lives while ensuring the needs of the senior are met. Staying healthy, both mentally and physically, will better enable the family caregivers to support their seniors in need.